Be ready to bump into a big bundle of imagination and humour at the 1st courtyard, where students from Janáček Academy of Music and Performing Arts Brno have prepared an amusement for you, once again together with the French philosopher, clown, dancer, choreographer, director, and teacher Pierre Nadaud. Their team will accompany you throughout the festival giving it a special flavour of Italian commedia dell’arte and performing the sketches that draw inspiration from the films made by Jacque Tati, one of the greatest French comedians. 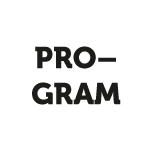